Yes, we have history. But this is now!

Cheltenham Poetry Society has just celebrated 160 years of history, reputed to have been founded in 1855 by Alfred Lord Tennyson who used to stay in St James's Square when he came to Cheltenham ... at a house which is now the presbytery of St.Gregory's Church.

Among early visitors to the Society was Robert Browning. The Society flourished in the nineteenth century, but this was interrupted by the First World War. It was relaunched in 1925, but war again intervened in 1939.

A fresh start in January 1967 by Wilfrid Appleby nevertheless provided continuity since, when young, he had met Tennyson. Appleby remained Chairman until 1976. Among those who attended the present Society in its early years were Cecil Day Lewis, Laurie Lee and Leonard Clark. Poet Laureate Cecil Day-Lewis was President in 1971, followed by Poet Laureate John Betjeman until 1984. Stephen Pettit then became President, until his death in 2002.  For more on our history, go here:  History of the Society 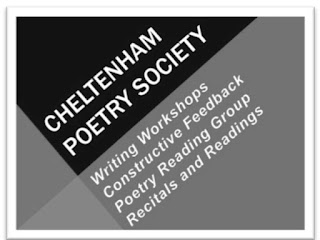 Of course, we look back on this proud heritage, but we are intent on pressing forward with our modernising agenda! Over the last four or five years we have sought to encourage new and developing poets, and our workshops will continue to help members become effective critics of their own work.  Workshops will be held on:

Alternating with workshops, we are about to launch a new series entitled "Poets Dead or Alive" where we will be inviting people to read a poem or two by a well-known poet, and a poem of their own, which might be connected thematically or formally ... or present a contrast. This new event thus combines an opportunity to perform our own work, coupled with research into the work of one of the "greats" selected for this year:

Our well-established Poetry Reading Group will continue on the third Tuesday of every month. We will be working through the anthology Lifesaving Poems, ed A Wilson,  published by Bloodaxe books. These meetings will alternate with members'  choice of poems on the topics below. Please bring approximately 3 - 4 poems on the topic.


Outside the Society’s programme, regular opportunities for performance exist at Poetry Café Refreshed, hosted by Roger Turner, at Smokey Joes American diner, on the second Wednesday of the month (except May when it will be Wednesday18th May). A guest poet is invited to these events, and there are Open Mic slots for anyone wishing to read/perform.  The guest poet for 13 January is David Clarke whose collection Arc was published last year by Nine Arches Press.  We are very much looking forward to hearing him.

Crossing Counties - three poets from the Society join forces with Evesham-based poets for a reading in Pershore Library on the afternoon of 29 January.  There will be a "reciprocal visit" at Poetry Café - Refreshed on 10 February when the three Evesham-based poets - Sue Johnson, Bob Woodroofe and Joy Thomas will be the guest poets for the night.

The Society's Annual Lecture will be in March - further details to follow.

The annual retreat (Awayday) will be held on 19 May, offering  a concentrated time of writing and getting to know each other better, at the magnificent Dumbleton Hall on the Glos/Worcs border.

A social evening for members and friends of the Society and their partners
will be held in July.

The Annual General Meeting will be on Tuesday 29th November 2016. 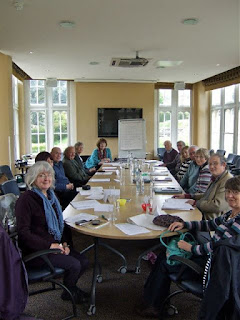 We welcome new members to Workshops, Reading Group Meetings, Poets - Dead or Alive ... and everyone is warmly invited to Poetry Café - Refreshed.
There's plenty going on in Cheltenham Poetry Society - and more events are likely to be added to the programme as we go through the year.

Posted by Cheltenham Poetry Society at 06:09 No comments: